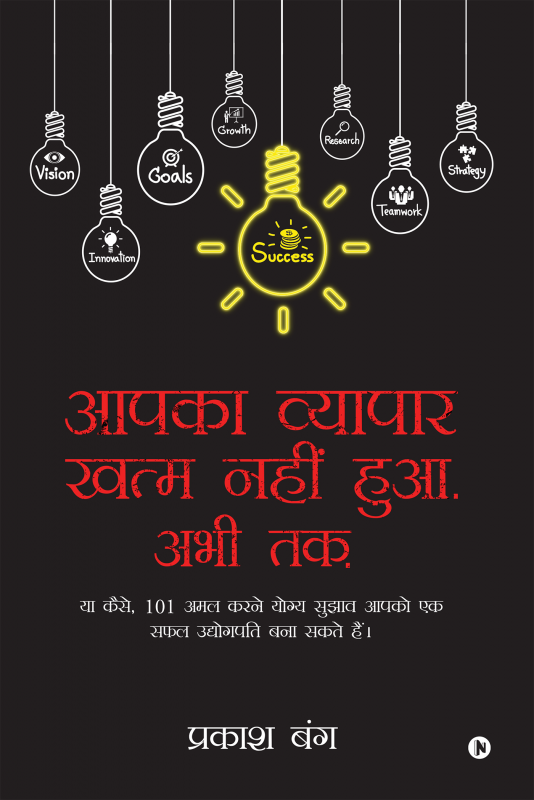 Every other element in an enterprise can be won back. That the customers will return is not guaranteed.

Customers are the very purpose of us entrepreneurs and businesspeople to be around. Our efforts are futile if they refuse to be on our side.

I have penned my thoughts through the years of learning from the marketplace. Most of my thoughts are quite contrary to popular teachings. And because my beliefs have worked, I would like to stick to them.

I have never worked for anybody. I was my boss all throughout my career. And because I had nobody to pass the buck at, I was responsible and accountable for all my doings. Along with my head, my money was at stake.

Talking of money, I have earned enough to live a happy life.

Be warned, this book is not a guarantee to make you stinking rich; it's only an attempt to make you successful.

Go ahead. Be a winner.

Prakash Bang is a marketing strategist.

salesman. Though he has his Honours in Physics and

a Masters in Business Administration, he picked up

the ropes from the streets. Slamming doors and

barking dogs were his University.

In his practical experience spanning over 45 years,

he has mentored many business ideas... some quite

ahead of their times. He has been featured many

times in the media. His one-day workshops have

motivated managers to relook at their business

This book encompasses his management philosophies.

Prakash believes that his thoughts will be of help to

entrepreneurs and seasoned businesspeople as

well. And because Prakash comes with an

advertising background he was tempted to combine

words and pictures to make his points. His passion

for photography was of help.

Prakash lives in Pune, India. He is at home half of the

time. The other half, the world is his home. Between

business meetings he finds time to capture the local

spirit. Thousands of pictures shot by him appear at

YoGoYo.com – a Travel Journal he loves to edit. He

is featured in The Linca Book of Records for having